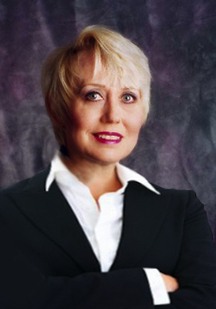 Like her best selling fantasy adventure novel, “Kandide and the Secret of the Mists,” Diana’s role in the performing arts, as well as the business world, transcends the ordinary. She has been a performer, author, and entrepreneur since she was eight. With a capital outlay of 47 cents, Diana parlayed one small magic trick into a 25-year career as the "World's Foremost Lady Magician.”

She moved to Los Angles from Phoenix when she was 18 years old with just $45.00 to her name. It was rough start, but her ambition, drive, and talent eventually won out. Diana toured the world, starred in her own television show, Enchanted Palace, as well as her own magical revue at Harrahs in Lake Tahoe. She appeared in Las Vegas, on virtually every major TV talk and variety show, and became a much sought after corporate spokesperson for dozens of companies as diverse as IBM, RCA, Ore Ida Potatoes, and the Avocado Advisory Board. She also became known for motivational speaking, garnering standing ovation after standing ovation at corporate events.

In addition to her illustrious career as a magician, Diana has invented magic illusions that are performed by Criss Angel,  David Copperfield, Lance Burton, and magic's newest sensation, Collins Key, and so many others. With the help legendary actor Cary Grant, she founded (and still sponsors) a youth group at Hollywood’s famous Magic Castle. Diana remains a highly respected lecturer, mentor and teacher in this field, having mentored two world champions.

Her transition from being a performer to the corporate world saw the creation of CMS Communications, Intl.—a marketing communications agency whose clients rank among the Fortune 500. Often refereed to as the "Nordstrom of the industry," CMS has been named by Successful Meetings Magazine in their “Top 50 Event Companies” for an unprecedented twelve years straight. As the company’s President and CEO, Diana personally oversees much of the research and development of new presentation technologies, as well the creative design. Today, she has become globally recognized as one of the leading experts in Brand Strategy, consulting with companies such as Hewlett Packard, Varian Medical, Toshiba, and dozens of others.

Diana has authored seven books, including: Siegfried & Roy: Unique In All The World, the story of Las Vegas superstars, Siegfried & Roy. This limited edition work is considered to be one of the most remarkable magic books/collections ever published. Book 1 of the first edition sold for $3,000.00 at auction. She is also the author of another fascinating biography, Butterfly In A Storm--the True Story Of Giselle Rufer Delance, (founder of the ultra-chic Delance Swiss Watch Company) as well as the co-author of Tactile Abyss, a “must-read” book for anyone in Marketing Communications. Diana is currently working on a new business book titled “Why Most Branding Fails.” (February 2015)  Her two additional fantasy adventure novels, Kandide and The Lady’s Revenge, (November 2014) and Kandide and the Flame is Fleeting, (May 2015) round out the spectacular Kandide trilogy. Diana's dazzling road of writing achievements is paved with equally impressive journalistic credentials having had hundreds of articles (many of them cover stories) published in multiple high-end international jewelry and life-style magazines.

She sits on two non-profit Boards that include the prestigious Academy of Magical Arts Educational Foundation, Inc. and the international non-profit foundation MagicCares™.  Among her numerous awards--in and out of business--she was an Ernst & Young Entrepreneur of the Year finalist; two-time Los Angeles Business Journal Woman of the Year nominee; and has received both a Lifetime Achievement and a Special Fellowships from the Academy of Magical Arts. A much sought after speaker for businesses on Brand Strategy, as well as at schools for her Novel Approach To End Bullying, she has spoken to dozens of companies; over 40,000 school kids across the U.S.; and was a recent featured presenter at the Wharton School of Business Women's Conference.

But writing, speaking, business, and kids are not her only passions. Diana is just as committed to animal rights. She is a supporter of multiple animal organizations including Last Chance for Animals and D.E.L.T.A. Rescue. “I believe that no creature—two, four, or no-legged—should suffer because of me,” she says, and for that reason is a vegetarian. When you ask her what the future holds, she smiles and says, “There are so many kids and animals that need help. Even if we each help just one, we can make a huge difference.”

Diana also collects antique faery art. Her collection includes bronzes, paintings, and porcelains dating back to the 1700s, and is one of the largest in the world. To say that her life transcends the ordinary is perhaps an understatement. Like Kandide, it is nothing short of magical.